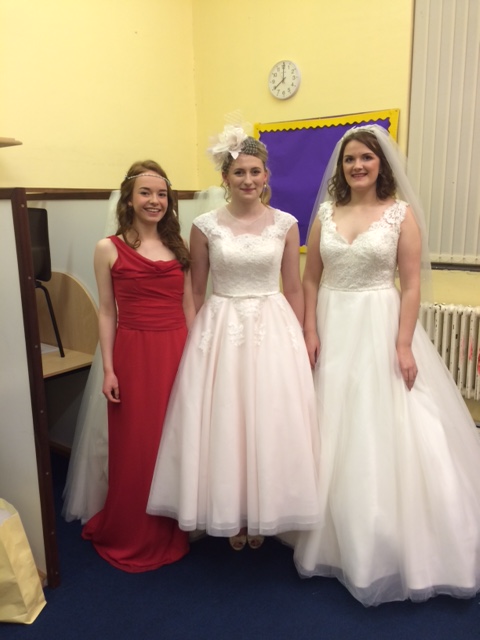 We turned up at 5.30pm for the rehearsal to show the girls what the do on the catwalk… the catwalk was a light shaky but that was fixed in no time. Huw was comparing the whole show, and the audience thoroughly enjoyed themselves.

The girls Luned, Ceri and Meinir did a fantastic job… and they were quite excited to be seen in a wedding dress. There were a few gasps from the audience, as the girls were going out in their fantastic dresses. As you can see from the picture taken backstage the girls looked fantastic and enjoyed every minute!