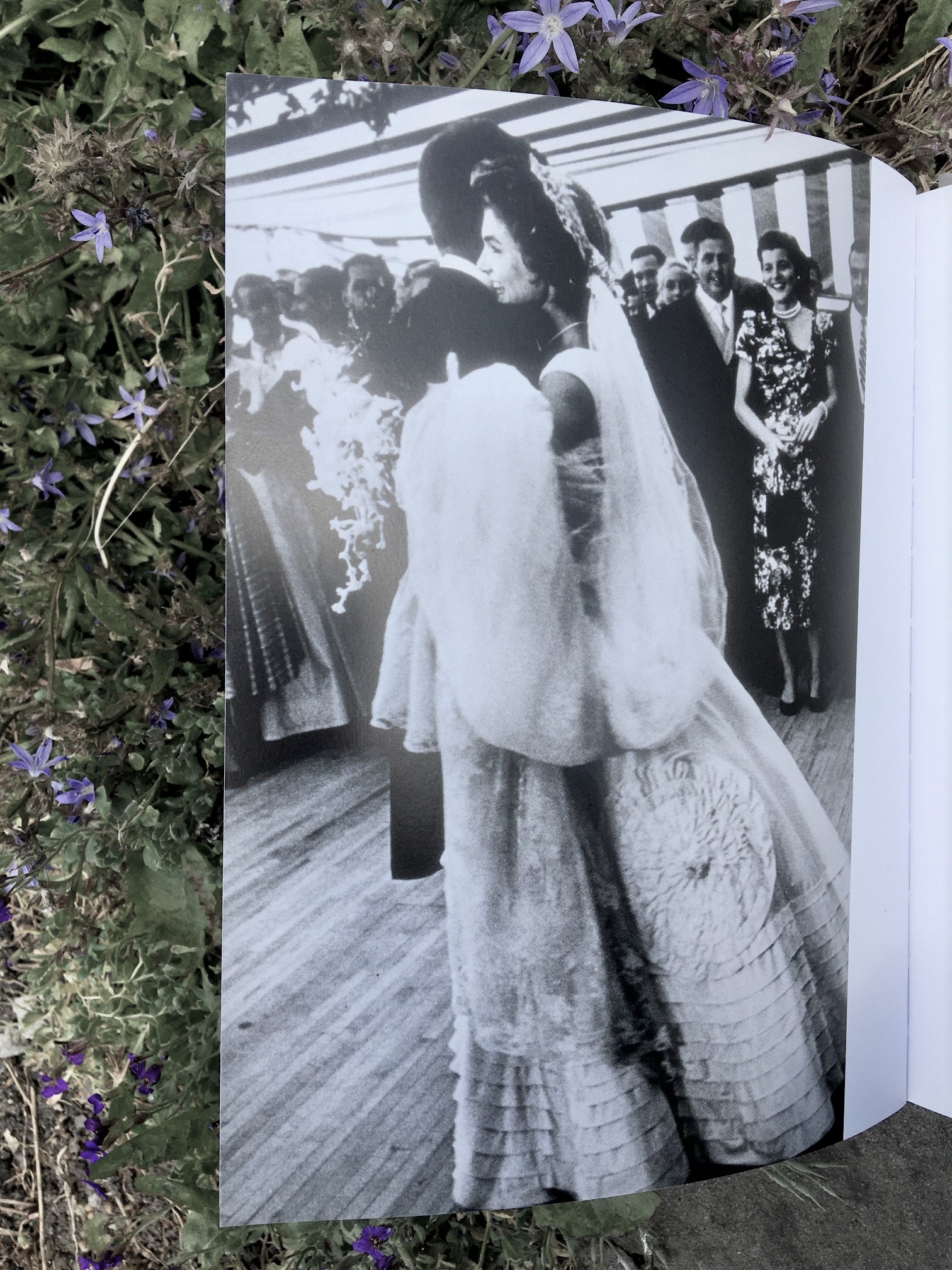 An talented perfectionist with a love of luscious gowns, Ann Lowe was an African-American designer, seamstress and businesswoman. Lowe mastered her craft at ST Taylor Design School in New York in 1917 when segregation was in place, separating her from her fellow students at the premises. Despite this, the precision in her work impressed the teachers and was often shown to the classmates as examples.

Lowe created made-to-measure gowns for the elite, including a wedding dress for Jacqueline Lee Bouvier for her marriage to future president John F Kennedy. The dress was made of silk taffeta and was a ballgown shape with off-shoulder straps and the designer’s signature fabric flowers sewn on the gathered skirt.

A few days before the big day the designer’s studio was hit with flooding and the dress was ruined, so Lowe worked tirelessly to remake the bridal gown from scratch in just five days. When it was time to deliver the gown the couturier was told to go through the back door because of her skin colour. But Lowe asserted to bring the gown through the front entrance or they won’t have the dress, and won the argument!

It was revolutionary to have a black woman as a designer in the fashion industry, especially at a period before the Civil Rights Act of 1964. This post is written at a time of global protests on racial inequality and a rise of learning about systematic racism. This is an important time to take note of the people of colour that make an impact on society, especially those that are hardly recognised in their fields. Jacqueline Kennedy’s bridalwear remains timeless and helped making the future First Lady a fashion icon, and it is thanks to Ann Lowe for her craftmanship and an elegant sense of style.